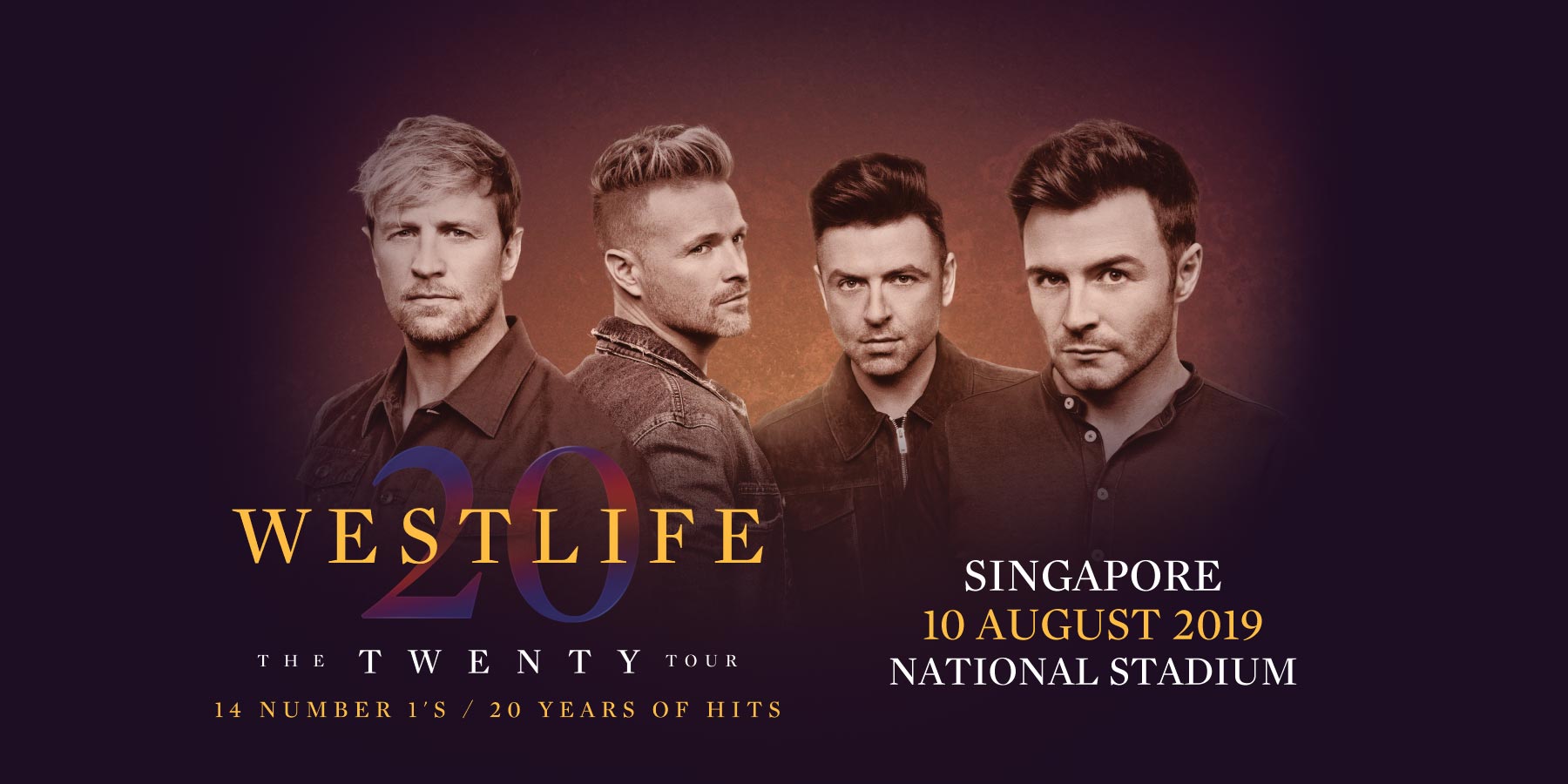 In celebration of their 20th anniversary, Westlife, one of pop music’s most influential boyband, will make their grand return to Singapore on August 10, performing one night only at the National Stadium.

“The Twenty Tour” is the band’s fastest selling tour of all time, moving an incredible 400,000 tickets in just 48 hours in the UK. The global pop kings will perform brand new songs, alongside their greatest hits such as ‘Swear It Again’, ‘If I Let You Go’, ‘Uptown Girl’, ‘Flying Without Wings’ and ‘World of Our Own’.

Westlife have sold over 55 million records worldwide, and are the only band to have their first seven singles enter the UK chart at No.1. They also have the most singles of any artist to debut at No.1 in the UK. Overall, the band has had an incredible 14 No.1 singles, behind only Elvis Presley and The Beatles. They have 33 No.1 albums worldwide and as a live act have sold 5 million concert tickets.