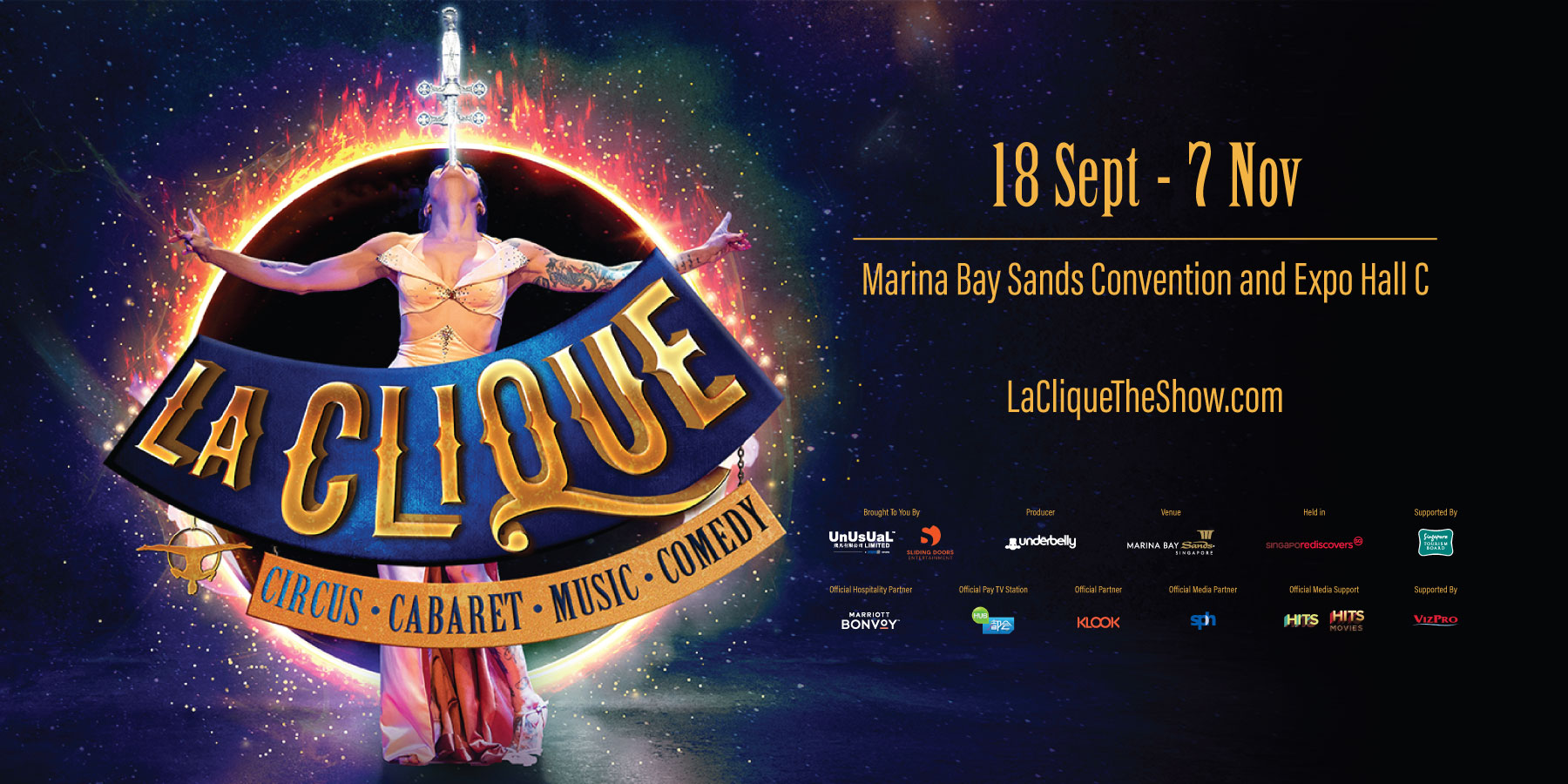 Ticket sales for the new show dates will commence on 02 August'21, from 10 am. Tickets will be priced from S$98 to S$188 and will be available via Marina Bay Sands website or Sistic. Those who had previously purchased tickets for La Clique have been / will be notified and rebooked for a new show date.

Olivier award-winning spectacular La Clique will make its debut at the iconic Sands Theatre at Marina Bay Sands for a limited season, in what will be the first theatrical performance featuring an international cast to return to the venue since Singapore’s Circuit Breaker in April last year.

Filled with heart-stopping moments, humour and spellbinding acts, La Clique is a theatrical phenomenon featuring a unique blend of circus, comedy, and contemporary cabaret variety, set to a thrilling live soundtrack. Since it was first launched in 2004, the show has performed to sold-out audiences in cities such as Adelaide, Brighton, Edinburgh, Melbourne, Montreal, New York and Sydney.

In Singapore, La Clique will run at Sands Theatre for an eight-week-long limited season from 18 September to 7 November, with eight performances a week. The groundbreaking show is produced by Sliding Doors Entertainment, in collaboration with Unusual Entertainment and Marina Bay Sands.

Accommodating up to 250 guests per show, the venue will be transformed into an immersive 360-degree space that allows for a more intimate experience, with every seat in the house enabling theatre-goers to view all the action on stage.

We would like to thank our Official Hospitality Partner Marriott Bonvoy, our Official Partner Klook and the Singapore Tourism Board for all their support in assisting us to bring La Clique to Singapore. We would also like to thank Marina Bay Sands and Base Entertainment Asia for their support and assistance in staging this show.” Special Thanks to our media partner, Singapore Press Holding and our Official TV Media, StarHub E-City for the support.