KANG DANIEL FAN MEETING: COLOR ON ME IN SINGAPORE 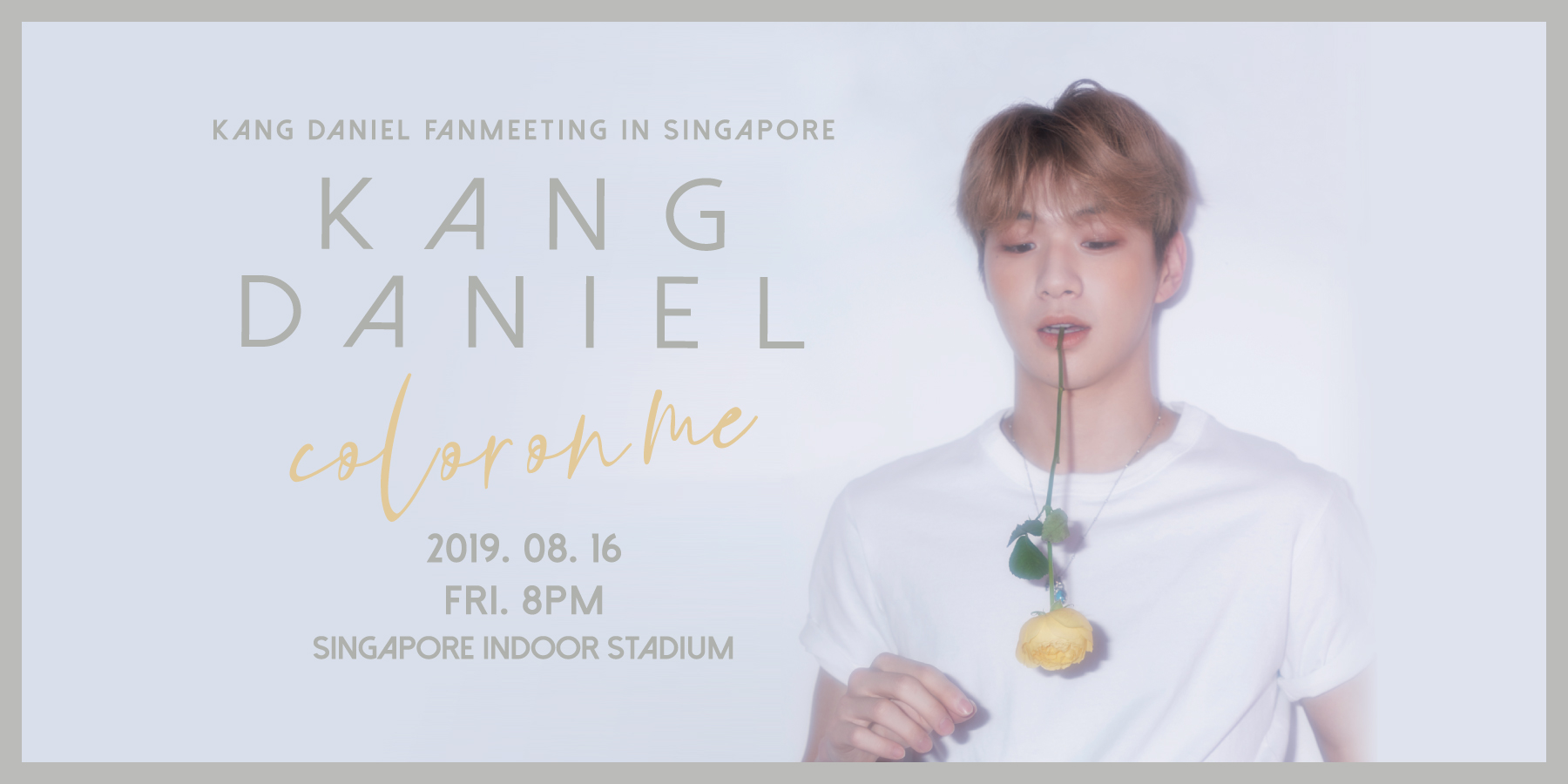 Kang Daniel debuted as the center of a popular group Wanna One in 2017 after winning on survival show ‘Produce 101’. He garnered the nickname ‘National Idol’ as he was voted as the champion of the show by the whole nation. He has been ranked 1st on <idol chart> since debut and remains on the chart for 69 consecutive weeks. He was recognized for his brand recognition and marketing power, having topped both 'Male Model Brand Power Ranking' and 'Individual Boy Group Members Brand Power Ranking', published by the Korean Corporate Reputation Research Institute. He officially debuted on 25th July as a solo artist with the album ‘Color on Me’. Following the release of his solo album, he will be touring Asia with his Fanmeeting ‘Color on Me’. KANG DANIEL FAN MEETING: COLOR ON ME IN SINGAPORE will be taking place at Singapore Indoor Stadium at 8pm on 16 August, 2019.