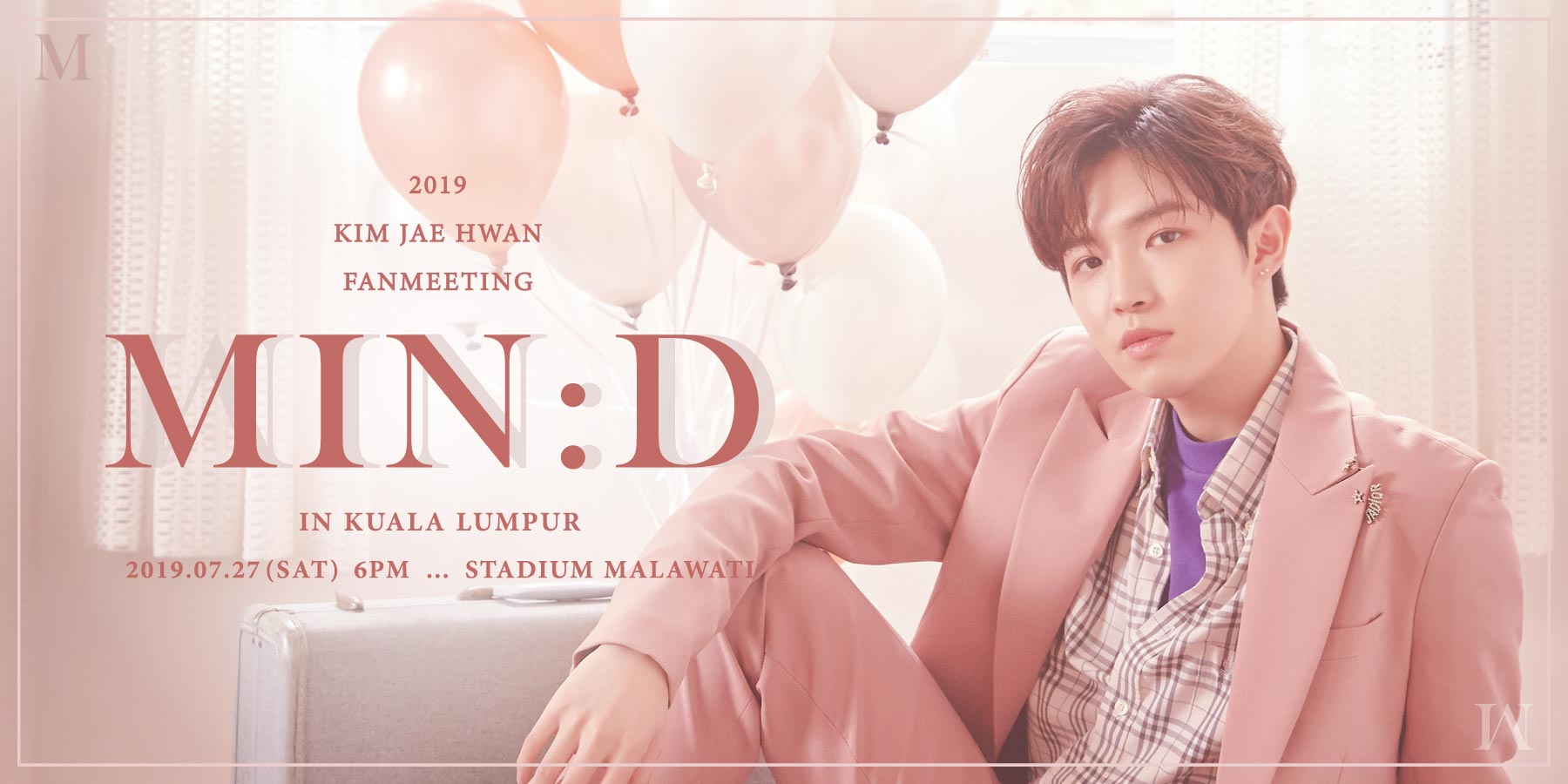 Known fondly as the former lead vocalist of Wanna One, Kim Jae Hwan, who has been attracting attention as the next generation of top solo male vocalist, has come back with his solo mini album <Another> on 20 May. He had completed a sold out fan meeting in Seoul on 26 May as the start of his full-fledged solo career.

The talented vocalist will be greeting Malaysia WIN:D with his very own first fan meeting, 2019 KIM JAE HWAN FAN MEETING [MIN:D] IN KUALA LUMPUR on 27 July 2019 at Indoor Stadium Malawati, Shah Alam. The title of the fan meeting [MIN:D] means "Time to share his mind with WIN:D”. Kim Jae Hwan is mostly known for placing 4th in the finale of Produce 101 Season 2, making him a part of the boy group Wanna One until their disbandment. He made his solo debut on May 20, 2019 with his first mini album <Another>. He collaborated with veteran singer/producer Im Chang Jung for his title song <Begin Again> and also participated in composing every song in his album, hoping to share his thoughts with WIN:D through his music. Kim Jae Hwan has planned several special stages and activities for a closer interaction with his fans WIN:D on his fan meeting as a return.